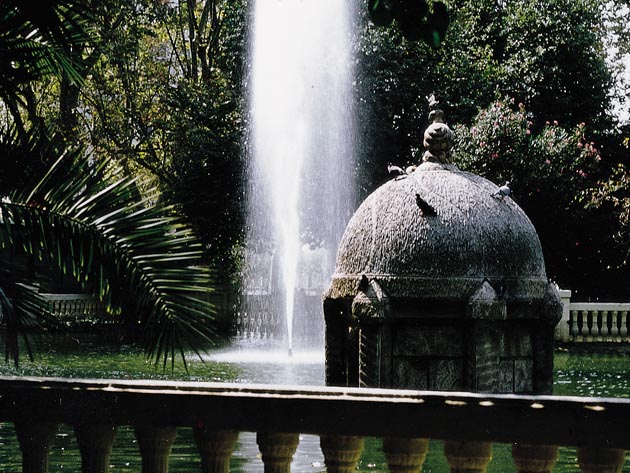 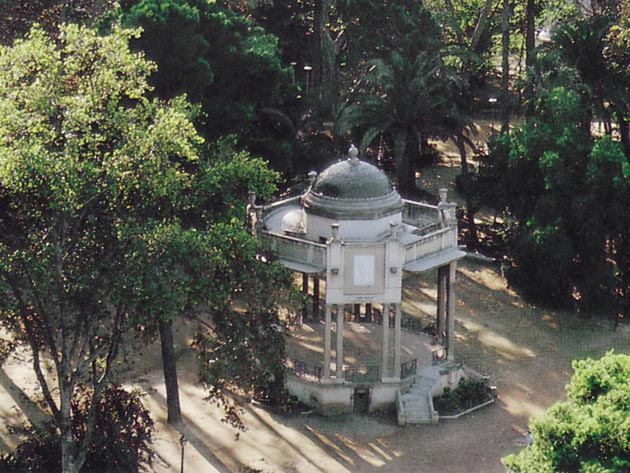 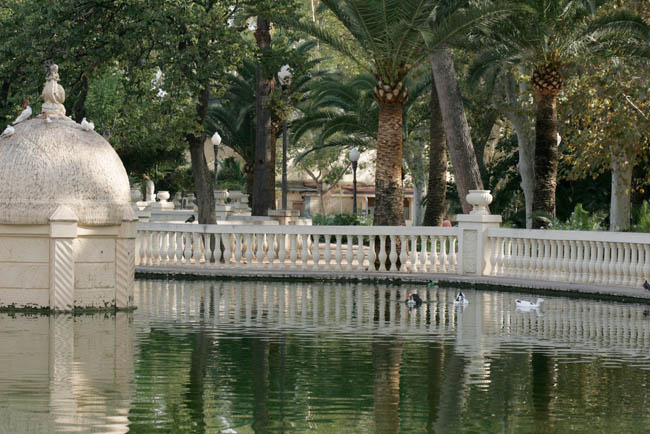 It was designed and created in 1869 over the plot once occupied by the old municipal cemetery of the calvary.

It’s the garden with the most deeply-rooted popular tradition and is home to an extensive variety of plant species. There are two triangular areas connected by a straight avenue; the largest circle was a pergola, with a recreational house on the northwest side and a pond in the centre.  A circular building was built a few years ago. The other rotunda has got a sitting statue in the middle of the painter Ribalta.  It was made by Juan B. Adsuara and inaugurated on 27 March 1927. The central avenue from Plaza de la Independencia square to the Pergola grounds as well as other places in the park are decorated with ceramic benches.

The Music Pavilion, Pergola and pond make the park a lovely place for people of all ages.

Several modernist buildings and the bullring create an atmosphere in the area in which it’s possible to relive scenes from the past.