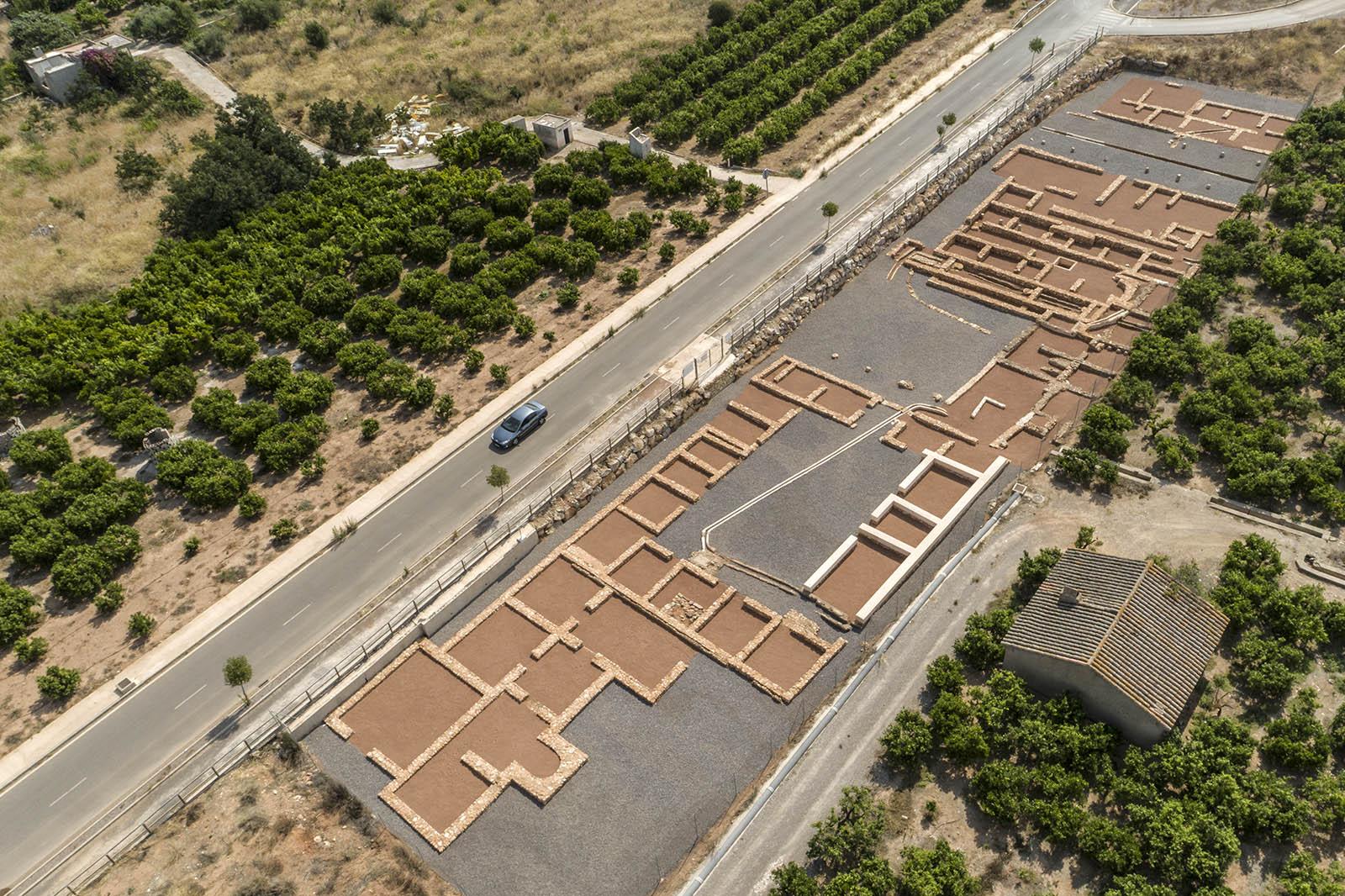 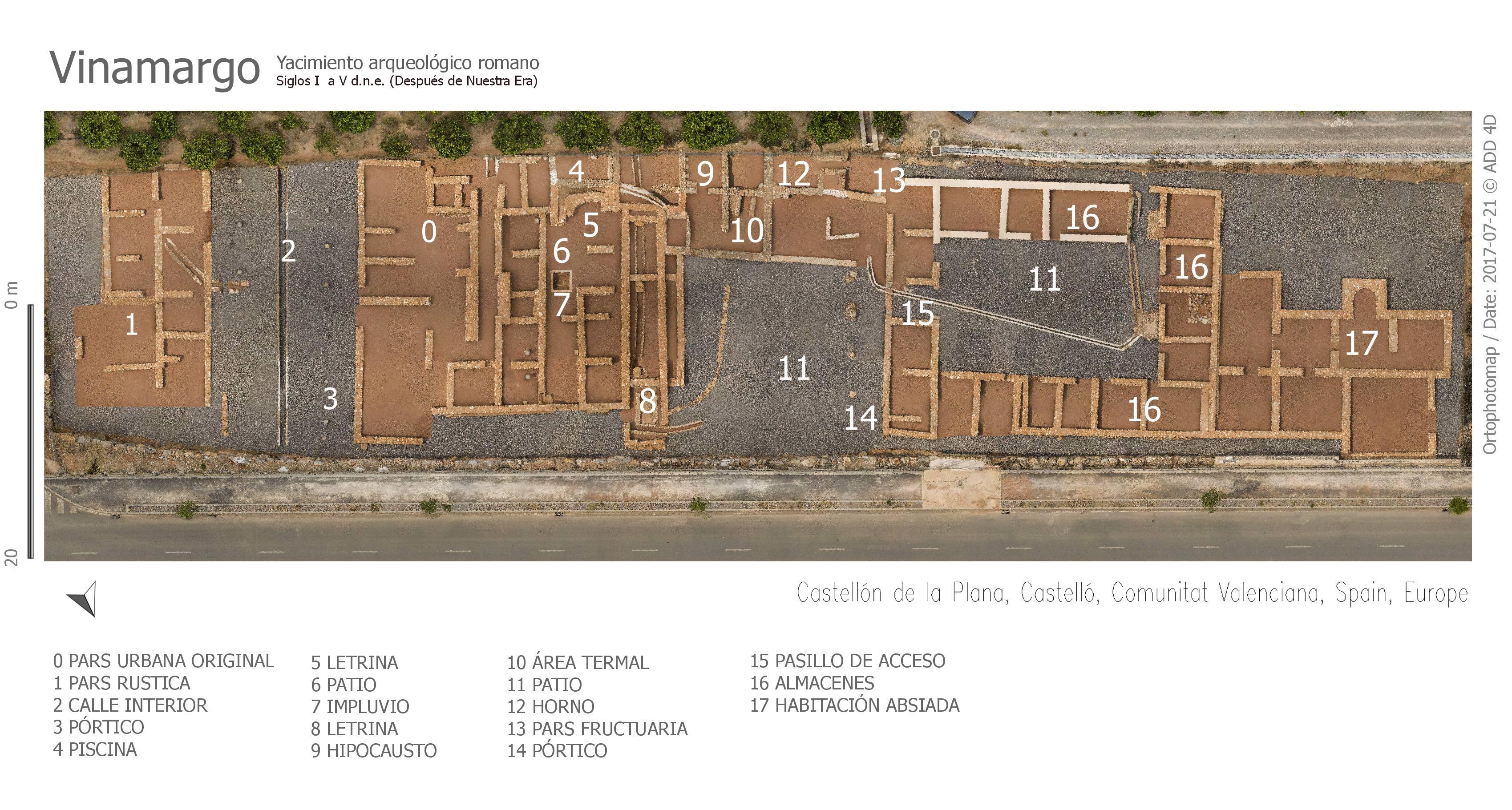 The largest Roman site in the province.

The Roman villa of Vinamargo, outside the urban nucleus of Castellón and a couple of kilometres from the sea, was discovered during the canalization works on the gully of Fraga, which uncovered archaeological sites from different eras: Iberian, Roman and mediaeval. From the research we know that the villa was inhabited between the 1st and 5th centuries CE and that it is the largest excavated archaeological site in the province of Castellón, with a surface area of approximately 2,750 m². However, it should be noted that it has only been partially excavated, in the area affected by the works, and therefore cannot provide a complete picture of the actual floor plan or size. The villa is very close to Caminàs, a historic pathway connecting many of the sites in La Plana, and also near Via Augusta and the sea, and is therefore an excellent geographic strategic location.