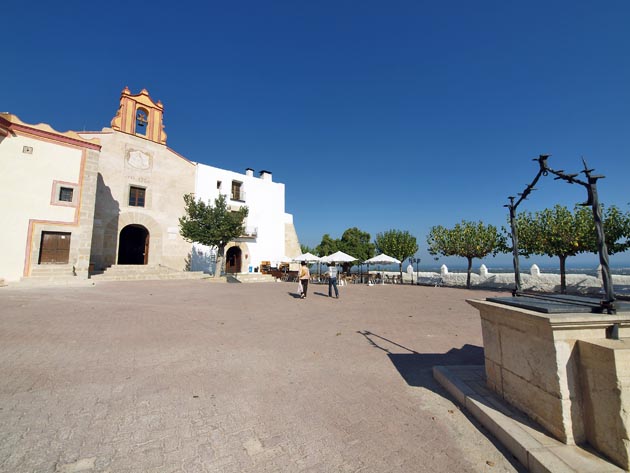 The existence of a chapel in this place was already documented in the fifteenth century. The original building was subjected to constant renovations during the XVI and XVII centuries, however, the restoration of the eighteenth century gave it its present appearance. The works were made by the masters J. Sánchez and J. Pujol. In 1722, a new building was constructed: it had an altarpiece dedicated to Sant Sebastia that was financed by the sailors; and another one dedicated to Sant Antoni, which was paid for the guild of farmers. In 1733, they hired F. and I. Vergara to make a new altarpiece that should host the image of The Virgin of the Misericordia. In the early nineteenth century, the painter J. Morella Oliet made the fresco decoration of the vault. We should note the interesting ceramic decoration in the inside that comes from the factory of Alcora (S. XVIII).